Low stomach acid, or hypochlorhydria, is arguably the most common gastrointestinal condition in the US, yet low stomach acid is far too often undiagnosed or ignored. It may seem like a small or inconsequential problem to some, but it is the underlying cause for almost ALL digestion-related issues. In fact, it is so common that it’s difficult to find anyone who doesn’t benefit from supporting healthy levels of stomach acid.

Our food sources have become less fresh, more processed, and further refined. The level of sugar and refined seed oils in foods has been increasing at the same time that levels of produce consumption have been decreasing. This alone is a recipe for poor digestion and low stomach acid—and it doesn’t even take into account genetic vulnerabilities, the effects of medications on gut health, or detrimental effects of chronic stress on digestion. Aging also decreases the production of stomach acid.

Combine these issues, and you have a recipe for worsening digestive and immune issues each year you age. This is not an issue that only affects older adults however. Low stomach acid issues are rampant among children, and are likely one of the first offenders when it comes to mood, skin, behavior, developmental, and neurological issues in children.

One of the most common ailments related to low stomach acid is acid reflux (or GERD). If you are on, or have ever taken, medication for reflux/GERD (such as a PPI, or proton-pump inhibitor), you almost certainly will have low stomach acid.

We’ll discuss the “it’s complicated” relationship between reflux, the medications used to treat it, and hypochlorhydria in a minute. But first, let’s explore how you can tell if you might have low stomach acid ( hypochlorhydria).

You may be experiencing low stomach acid if you are dealing with the following symptoms:

What Is HCL and Why Is It Important?

You may be asking yourself why stomach acid, or hydrochloric acid (HCL), is so important. Or more importantly, why is low stomach acid such a big deal?

Adequate levels of stomach acid ensures your stomach has a low pH level, which is needed to break down foods, promote adequate levels of other enzymes, kill foodborne pathogens, and perform other essential functions.

If you’ve ever heard the old adage “heal the gut, heal the brain”, this is a big part of that picture. A healthy gut is the precursor to a healthy brain in both children and adults and hypochlorhydria is a major offender when it comes to poor gut health. Let’s take a closer look. 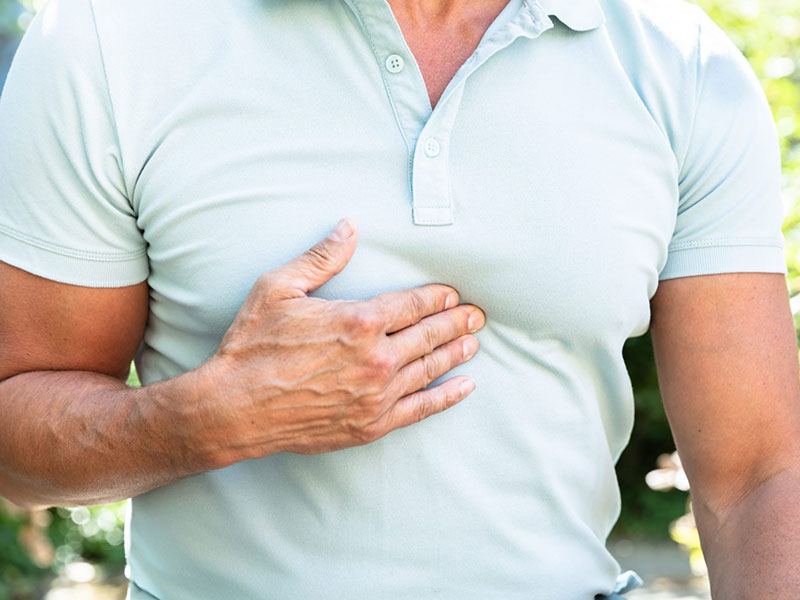 As mentioned earlier, hypochlorhydria and heartburn (acid reflux/GERD) have a complicated relationship that is often misunderstood.

If you go to the doctor for heartburn or GERD, the standard treatment is a prescription for a PPI medication (proton-pump inhibitor) like Prilosec, Nexium, Zantac, or Pepcid. This treatment is a band aid for your symptoms at best, and at worst (and most common) it can be the start of new and worsening issues. When these acid reflux medications are used they actually lessen or completely eliminate stomach acid. This makes you incredibly vulnerable to worsening GI issues.

A recent cohort study concluded that those who took PPI’s for more than 1 year had an associated 17% increased risk of death. (Read more: Heartburn drugs linked to fatal heart and kidney disease, stomach cancer.) These medications were not designed to be used for more than 6-8 weeks but are often taken for years. While the medications do provide welcome relief from heartburn symptoms, they can lead to osteoporosis, nutrition deficiencies, and heart disease, each of which can contribute to higher risk of death.

So what is causing the reflux?

It all comes down to keeping the esophageal sphincter tightly sealed to prevent reflux, or backflow, of stomach contents into the esophagus. Poor digestion of food from too little stomach acid and enzymes slows digestion and stomach emptying. Not having enough stomach acid increases intra-abdominal pressure (IAP), much like the fermentation process that occurs in beer and wine. The pressure in the stomach then pushes against the lower esophageal sphincter reducing its ability to keep a tight seal. Even small amounts of acid moving into your esophagus cause significant pain and burning since the esophagus is not protected from the pH of stomach acid like the stomach lining. This describes the mechanism behind why heartburn occurs with meals, or shortly after eating. However, the esophageal sphincter can weaken over time, causing more consistent heartburn unassociated with a meal. Untreated, long-term reflux can damage the esophagus.

The conventional approach to reflux (treatment with heartburn medications like PPIs) does address the main symptom of hypochlorhydria. However, the conventional approach fails to address the root cause of hypochlorhydria. There is actually no conventional treatment that directly addresses low stomach acid. The mainstream medical community does not recognize low stomach acid as a condition to be treated, focusing only on the symptoms that it creates.

Those symptoms are treated with a variety of medications, such as:

The GI tract is incredibly complex, and supporting optimal GI health requires more than matching a medication to a symptom. More importantly, none of these conventional treatments solve the underlying issue: low stomach acid.

Despite hypochlorhydria being responsible for, or contributing to, almost every GI-related health issue, it is relatively straightforward to treat. It generally requires supplemental HCL and digestive enzymes in addition to making diet changes. This combination helps the body maintain adequate levels of HCL on its own over time, therefore requiring less and less supplemental HCL.

Accurately diagnosing some GI issues (like Small Intestine Bacterial Overgrowth, or SIBO) can be challenging. Fortunately, testing for hypochlorhydria is one of those scenarios where, if it looks like a duck and quacks like a duck, it’s probably a duck (with low stomach acid).

The HCL Challenge Test is a great way to determine if your stomach acid is low. It also has the huge benefit of actually treating low stomach acid at the same time. The challenge consists of:

We strongly recommend performing the HCL Challenge Test with a practitioner as there are times it is not appropriate to do, and you will benefit from their experience and clinical judgement.

A Heidelburg Stomach Acid Test can be done by your medical doctor, but it is a bit cumbersome and does not reveal much more information than would be gleaned by the more common method of performing an HCL Challenge Test while treating with HCL. Sometimes the patient experience is a better “lab test” than the sophisticated labs available. 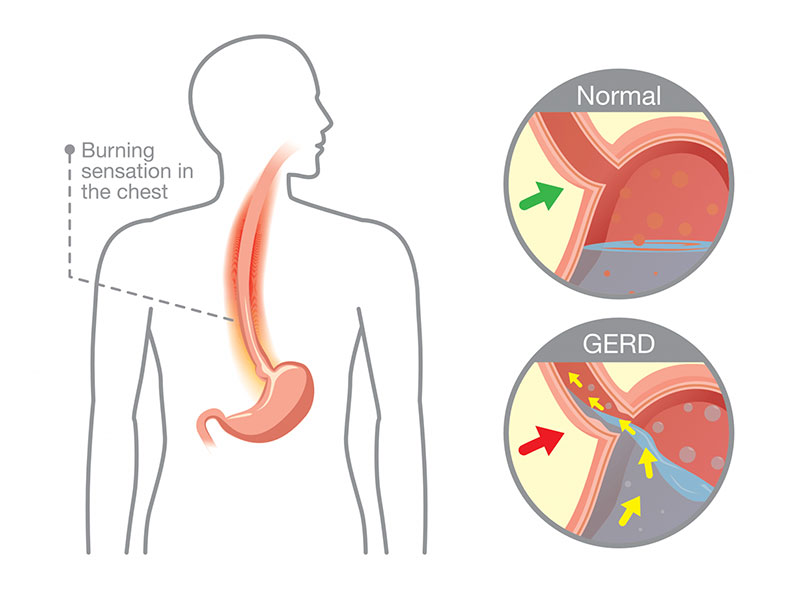 An individualized plan developed with a functional medicine practitioner is always the best approach to improving low stomach acid. Most practitioners will use a combination of supplemental HCL, digestive enzymes, probiotics, and gut healing amino acids & herbs.

However, there are times when a patient’s GI tract is simply too irritated to begin immediately increasing HCL with supplements, and a period of gut healing must occur first. After correcting underlying deficiencies, your functional medicine practitioner will determine when and if supplemental HCL is right for you.

Probiotics are one of the most effective and easy-to-implement supplements for improving hypochlorhydria. Probiotics are a particularly useful tool in addressing reflux in children. It’s important to note that taking a probiotic doesn’t directly result in more stomach acid production. Probiotics help by increasing beneficial gut bacteria, and these bacteria aid the body in producing its own digestive enzymes and HCL. This results in overall digestion improvement and helps to relieve pressure on the esophageal sphincter, which helps the sphincter to maintain a good seal.

Improving diversity and increasing good gut bacteria through probiotic supplementation is crucial, but it is not a silver bullet. No individual element of treating hypochlorhydria—HCL supplementation, probiotics, gut healing herbs & amino acids—will likely be enough to address low stomach acid. You will need a more comprehensive functional medicine approach, using a personalized combination of healing supplements developed for you by your functional medicine practitioner.

Since finding each individual’s unique dosing of supplemental HCL requires feedback from the patient based on what occurs during the slow increase of HCL dose, it is not an appropriate strategy for children. The most effective treatment in children is working behind the scenes to find offending food sensitivities, improve overall gut health, and provide therapeutic levels of probiotics and fermented foods to support the body’s innate ability to make HCL on its own. There are times when a practitioner may use digestive enzymes in children, but we advise using digestive enzymes with the help of a functional medicine practitioner or dietitian, as they need to be initiated slowly and at low doses to prevent further irritation and discomfort.

Although hypochlorhydria, or low stomach acid, is a bigger issue than people realize, and it should be evaluated and addressed as part of the root cause for any and all GI related issues, such as:

While it may seem daunting, low stomach acid is something that can be corrected. That means your GI issues may be easier to resolve than you realize!

Beyond alleviating GI issues, sufficient levels of stomach acid can also result in clearer thinking, improved mood, better bowel movements, and increased energy. So don’t wait to optimize your GI health. Learn how work with an experienced functional medicine practitioner can guide you in supplementation, treatment, and lab testing for any of your GI related issues.

Contact in2GREAT Integrative Health today if you’re ready to take the next step in addressing low stomach acid or other GI issues. 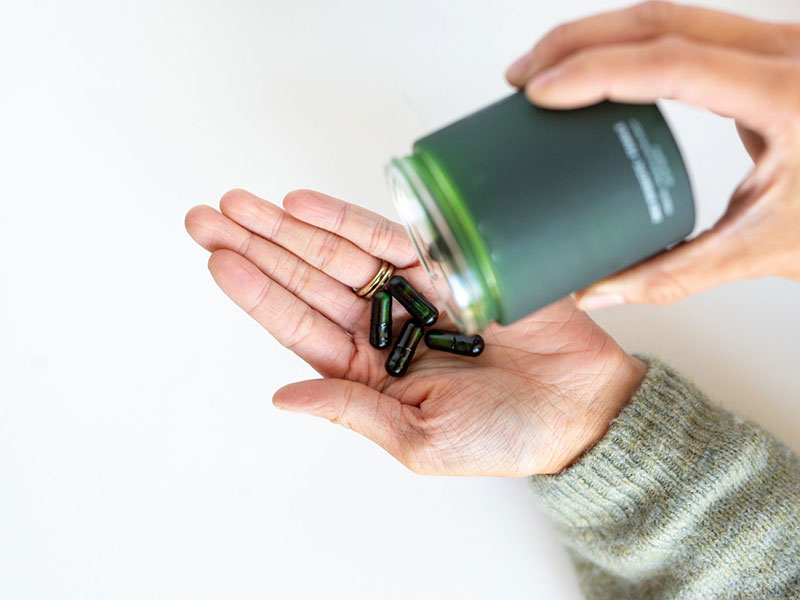